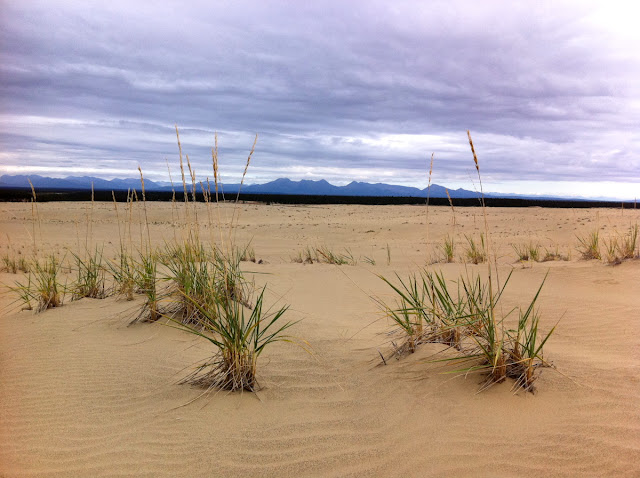 Above is a landscape image of the Great Kobuk Sand Dunes of Kobuk Valley National Park in Alaska. The image was taken by Michael Compagno while on vacation. The grass seen colonizing the sand dunes is an Elymus species, of which Alaska has quite a few species and most of which have the common name of wild-rye.
Image © 2011 by Michael Compagno, used with permission.
Posted by Rufino Osorio at 12:19 PM 0 comments 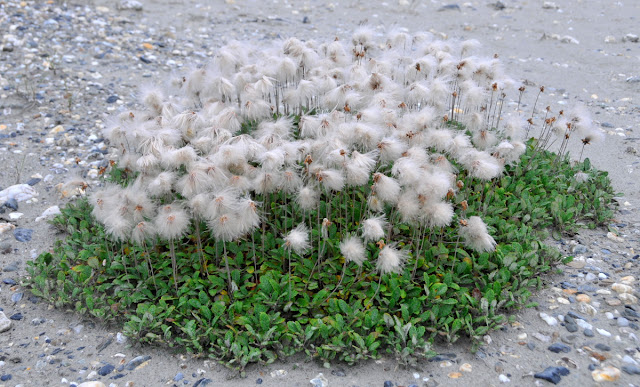 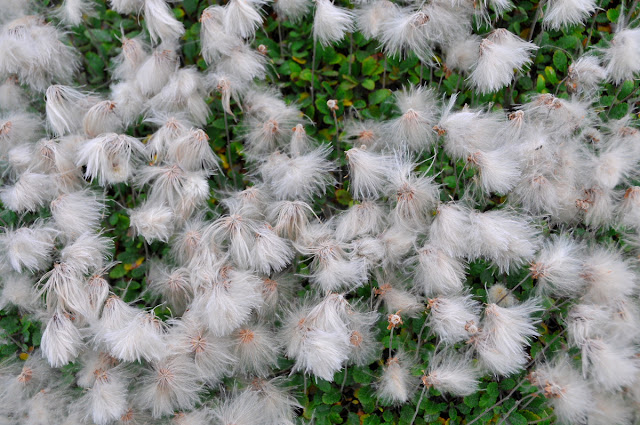 Michael Compagno snapped the images above in Alaska of Dryas octopetala, which is commonly known as white mountain avens. A member of the rose family, it is a plant of cold boreal and arctic regions and it extends south from Alaska through Canada and into the United States by growing down the chain of western mountains. Each tiny, seedlike fruit, technically referred to as an achene, is equipped with a long feathery tail that aids in catching the wind and helps to disperse the seeds to new locations. These images were captured in August and it was the middle of autumn in Alaska. Thus, very few plants were in flower but many were in fruit. If Michael had visited earlier, he would have been greeted by many dozens of pure white flowers, held a few inches off the ground, and resulting in a spectacular display. According to Ladyman (see reference at the end of this post), the flowers face the sun and the petals form a little bowl that concentrates the sun's rays and raises the temperature of the central part of the flower several degrees above the ambient temperature. Thus, keeping its pollinating insects warm and cozy.