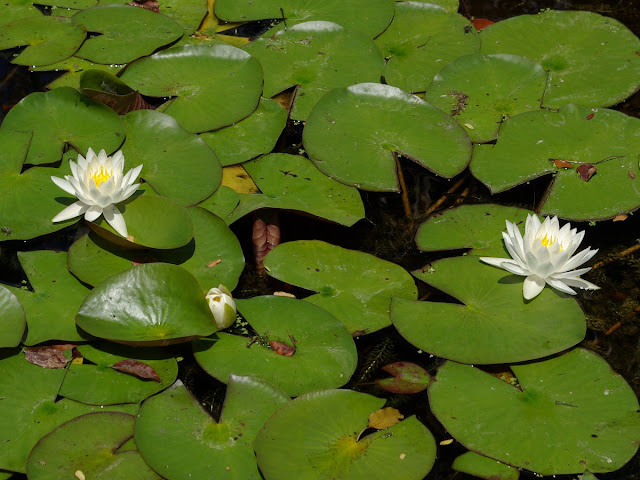 Nymphaea odorata, the white water-lily, was observed growing in a garden pond at the home of Cecily Hangen in West Palm Beach, Florida, during this year's Palm Beach County Florida Native Plant Society's yard tours. Rob Hopper pointed out that it is among the most fragrant of water-lilies and that many hybrid water-lilies owe their fragrance to this species

Posted by Rufino Osorio at 9:21 AM 0 comments